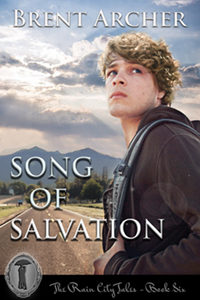 (June 23, 2020) – Kelton ran. Ran from the father who was supposed to love him. Ran from the lover he’d been caught with. Ran from his hometown of Ellensburg and the only life he’d known. After two years on the streets of Bellingham turning tricks to survive, Kelton found trust a hard commodity to trade. A chance encounter with businessman Alex Martinson after a john left him a room for the night resulted in an offer Kelton couldn’t refuse.

In his new role as houseboy and general domestic at the Martinson Estate in Shoreline, just north of the city of Seattle, Kelton finds himself safe, warm, and fed. Though not understanding the motivation behind Alex’s generous offer of college and a fresh start, he embarks on rebuilding his life, including singing lessons.

When Billy Winston reappears in his life, Kelton is torn between his loyalties to Alex and his former lover. Alex Martinson also has secrets, including the business associate he’s desperate to keep Kelton away from. With the culmination of Alex’s kindness and Billy’s encouragement coming in the form of a vocal concert set to change his life forever, Kelton must face his biggest fear.

Order Song of Salvation on Amazon and Kobo. Print version available on Amazon.

Other Stories in the Rain City Tales series: 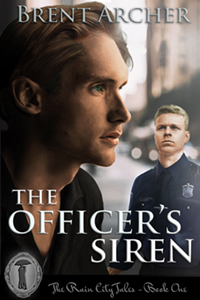 (2017) When Mike Bryant’s truck goes missing, Seattle Police Officer Jason Lynch responds to the call. Mutual interest builds steadily into a strong relationship until Jason is nearly killed in the line of duty.  The two men grapple with the memory of Jason’s former lover and Mike’s imminent entry into college.

Jason is forced to confront his feelings, and Mike’s disapproving cousin, when he saves his unconscious boyfriend from an attack by two drug addicts in a parking garage stairwell. As they try to regain their relationship’s footing, secrets from Mike’s past surface, threatening to tear them apart for good.

Order The Officer’s Siren on Amazon or Kobo. 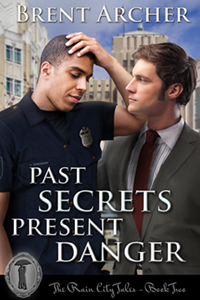 (2018) Roger Matthews works for a marketing firm as their controller, but constantly stays late at the office because a problematic director continually runs off his staff. His boyfriend, Officer Paul Tomlinson, works several evenings a week, further complicating their ability to spend time together. To make matters worse, Paul’s best friend and partner on the force, Officer Jason Lynch, doesn’t approve of their relationship.

When Paul is injured in the line of duty, Roger juggles his work duties on a major software conversion with taking care of Paul’s affairs, including contacting his estranged family. After meeting Stan and Tasheeka Tomlinson, Roger begins to uncover the secrets Paul has been guarding so closely throughout their relationship. As Paul struggles to recover, Roger must navigate between Paul’s past and their future together.

Order Past Secrets Present Danger on Amazon and Kobo. 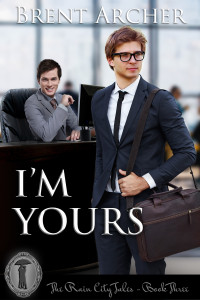 (2018) – Third book of the Rain City Tales. Toby Hayden pounds the pavement of Seattle looking for his last chance job after false accusations get him fired from his Controller position. After impressing Mr. Herrington and Roger Matthews, Herrington offers him a job. Marketing Director Marsha Fisher takes an immediate dislike to Toby, and dredges up his past controversy by hiring his ex-boyfriend, Mark Spencer. threaten both his job, and his blossoming relationship with the concierge, Merrick Hamilton.

Order I’m Yours on Amazon and Kobo. 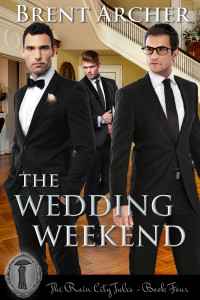 (2018) – Clark Adamson needs a date for his sister’s wedding, but he’s sworn off the gay scene in Seattle. He turns to the internet and comes up with Mitch Hampton, a red-headed, muscly escort, who agrees to accompany him.

Wes Palucinski keeps the closet door firmly shut to his family and invents a list of unavailable girlfriends as an excuse to go stag to his homophobic brother’s wedding. When Clark shows up with Mitch, Wes is forced to confront his feelings and his secrets, which threaten to blow up the wedding weekend.

Order The Wedding Weekend at Amazon and Kobo. 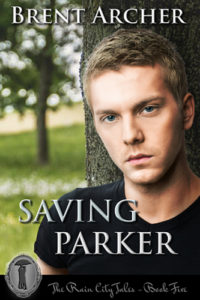 (2019) – Caught red-handed stealing the jewelry of the handsome attorney’s wife, Parker Rice expected to go to jail. Instead, he embarks on a journey of redemption, confronted with the horrors of his childhood.

After attorney Anthony Swifson offers Parker a deal to avoid prison, he takes on the rehabilitation of the young thief. With a heavy caseload, a son, and an ex-wife’s health issues, he doesn’t have time or energy to devote to the one thing that threatens to disrupt his world: his feelings.